We have been interested in photography since childhood. Margareta took pictures with her Agfaclack as a teenager, and Pär had a 6×6 cm folding camera and took a course in photography already at the age of fourteen.

With the digital camera it suddenly got very inexpensive to take lots of pictures, and with image processing programs like Photoshop it became easier to “develop” the pictures.

To cut a long story short – now we have about 40.000 pictures in the computer, including a few thousand scanned slides and negative colour film, black and white negatives and pictures from photo albums, from the end of the 19th century and onwards. And the number grows all the time. Still, thanks to computer programs like Adobe Lightroom we manage to keep track of them.

The idea is to show some pictures here and to provide links to other places where we have pictures stored. 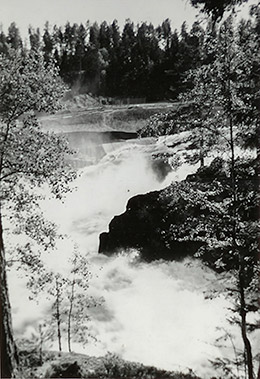 There are many places in the network where you can put your pictures. The best known are perhaps Flickr and Picasa. We have found SmugMug which works well for us. It was a relatively small family enterprise with some 50 employees handling more than 700 millions of pictures when we joined. Now it has grown quite a lot, and has fusioned with Flickr. One advantage is that it is free from advertising! You can find our photos on our SmugMug page. There we have put some of the pictures we judge good enough to show to others.

Pär has taken photos now and then of the creation of the new shopping center in Sollentuna. Here is a picture gallery with pictures from november 2007 and onwards.

Järvafältet is a nature reserve only a few kilometers from where we live. Pär went out to eleven places there during spring 2008 and a few more times in summer, autumn and winter, taking similar pictures each time. This shows the progress of spring, and you can see it in this slideshow page. You must have a little patience, since the page loads a bit slowly. There are many pictures to load. Your web browser must allow Javascript.

With the digital camera, many programs for digital image processing appeared. The winner and current state-of-the-art tool is Adobe Photoshop. Not so easy to handle, but with lots of functions. When Pär retired 2007, our then son-in-law Magnus proposed a course in digital image processing at one of the universitites to avoid the possible boredom. The course was 100% Internet based. Thus Pär learned the basics of Photoshop. Margareta knows quite a lot about it, too. As a followup, another course followed – Photography – Visual communication during the fall 2009.

If you want to learn more, we can recommend Lynda.com, an American company with hundreds of instruction videos, among other things in Photoshop, but also about many other subjects. It costs a little, 30 USD/month, but the quality is high. Among several other courses, Pär has taken one in how to sharpen photos in Photoshop. It was more than 10 hours of video instructions.

We have of course lots of old slowly decaying pictures lying around in boxes and albums. We have scanned about 3000 slides to save them from destruction, and to get them more easily available. Also some thousand pictures from negative colour film, black and white pictures in old albums, and old black and white negatives have found their way into the computer. With the help of Photoshop we have been able to remove scratches and dust, and recover the colours in pictures being close to be totally destroyed. 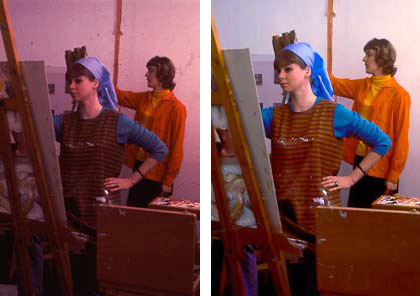 A scanned slide from Margareta’s art school 1964,
before and after treatment 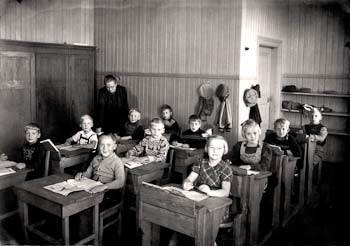 During a couple of earlier Art shows (see the page about Art shows) Margareta has also shown photos. Two of them are shown here below. 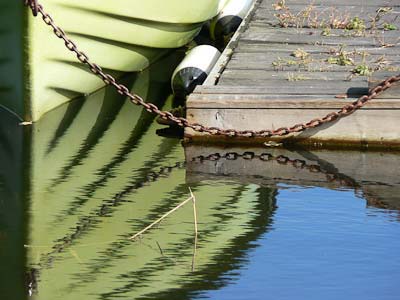 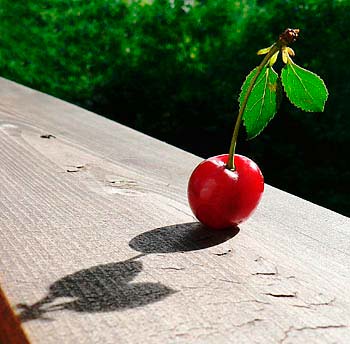